The Making of Roundup 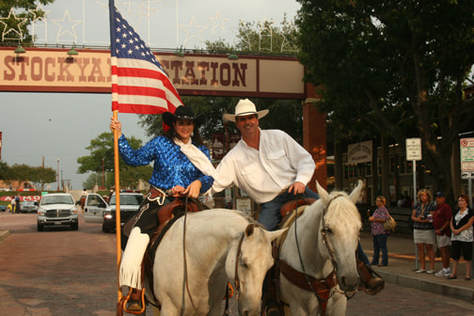 In 1988, Bobby Norris was searching for autism-specific services for his daughter, Audra. At the time, it was estimated that 1 in 10,000 children were diagnosed with autism according to the Center for Disease Control, and services were not readily available. Bobby’s search led him to the Autism Treatment Center and they gave him hope. That hope turned in to a mission. Bobby’s generous heart and philanthropic spirit prompted him to start the Roundup for Autism to raise funds to support the vital programs and services at the Autism Treatment Center.

​The first Roundup for Autism event was held at Bobby’s ranch in Burleson.  Consisting of a one day cutting and roping competition, this event raised $5,000 that was presented to the Autism Treatment Center.  Since then, the event has grown into several major fundraising events through the year spanning the state of Texas. Today, Roundup is one of Texas' largest fundraisers for the Autism Treatment Centers of Texas and just celebrated it’s 35th year!
​
Roundup, in partnership with the Lone Star Pony Express (one of Roundup’s biggest supporters) holds fundraising events across Texas throughout the year. Events include the Lone Star Pony Express BBQ Cook-Off at Winch Ranch in Montgomery and Lone Star Pony Express Golf Tournament in Houston. Other Roundup events include a Kick-Off Party in the Fort Worth Stockyards; Roundup’s biggest event, A Gala in the Stockyards – a western chic affair at the Hotel Drover; 2 days of sorting, roping and barrel racing competitions at Sumervell County Expo Center; and smaller events throughout the year in the DFW area!
It takes dedication, perseverance, and all types of talents to produce these events throughout the year - in other words, it takes an army!
Want to get involved? Click here to Join our team of volunteers and our Roundup family!